Walking up Grains Gill from Seathwaite under leaden skies and a damp and clinging mist, I had little enthusiasm for a camp on Great End and in zero visibility after only a couple of hours sleep I had even less for photography.

Just after sunrise that all changed and I found myself bathed in warm sunshine as the stubborn clag sank back into the valleys. It's strange how the mood lightens with every footfall as you step out of the clag and into the sunlight. It was clear I should have stayed higher up on the summit of Great End itself, but despite the missed opportunity for a sunrise up here, I was more than happy with the views. 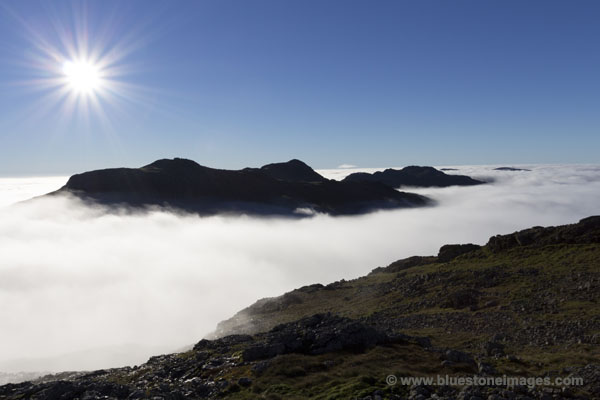 
At this time of the morning I did wonder if I was the only person to be enjoying this view, but later in the afternoon as I descended into the valley I got chatting to Mark Richards (Lakeland Fellranger) who was heading up to Meet Terry Abraham. Terry he told me was actually filming scenes for "Scafell Pike - Life of a Mountain" on Esk Pike this morning. I would have given him a wave if I had known.

Next I headed across to Scafell Pike, enjoying some wonderful views along the way. 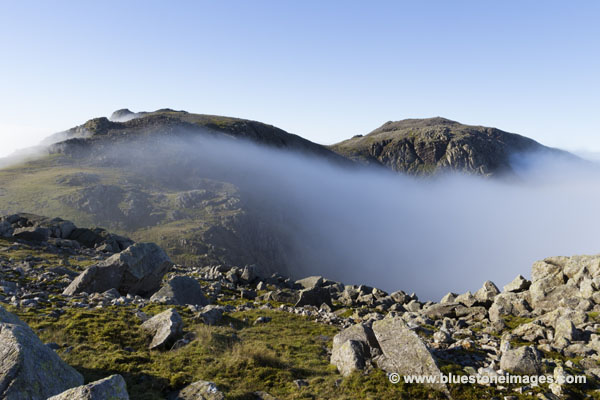 The View South From the Lower Slopes of Great End Towards Broad Crag Ill Crag and Scafell Pike. 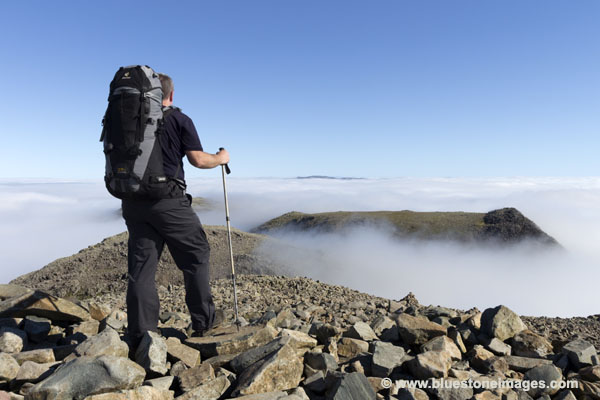 Enjoying the View North from the Summit of Scafell towards Broad Crag and Ill Crag.


As it was only the highest mountains that were free of cloud, instead of heading across to Lingmell as originally planned, I decided to stay up high and head back across to Great End and perhaps make my way around to the only other close hills sticking out of the cloud, Esk Pike and Bow Fell to camp there.

Unfortunately my plans were thwarted when I got my brew kit out at Great End and found that my water filter had given up and was now pumping granules of what looked like carbon into my water bottle. No safe water meant no food as well and frustrated I headed back down.