Valley of the Ice Flowers

If you are looking for a landscape in England that has more than just the essence of wilderness about it, then the North Pennines and Upper Teesdale in particular will certainly go a long way in meeting your needs. Such is the geological and climatic diversity of this part of the Pennines the area has actually been scientifically classified as a sub arctic region and is recognised as a European and Global Geopark. Without a doubt to walk here is to step back in time, this really is England's last wilderness. 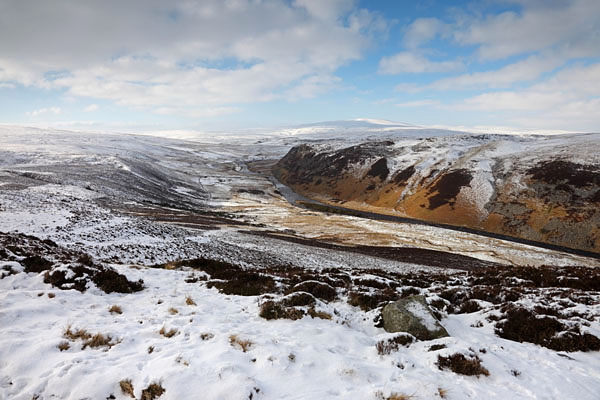 Whenever I walk along the Pennine Way below Falcon Clints, or have a wander over Cronkley Fell by the Green Trod path, I often think about the forces that shaped this landscape. Evidence of great elemental battles between rock, ice and the weather are all around. Evidence too of the resilience of nature to survive where once ice and very rock itself were locked together in a freezing embrace. Thirty thousand years ago nothing could survive here, but then came a change in climate and around 10,000- 15,000 years ago Teesdale was slowly released from the ice to become the valley of the ice flowers. Here Spring Gentian, Rockrose, Birds-Eye Primrose and Alpine Bistort to name but a few, populate the mountains, peat bogs and outcrops that are now part of the Moor House – Upper Teesdale Biosphere Reserve. These plants are all part of a group of plants that botanists refer to as the "Teesdale assemblage" such is their uniqueness.

Today with a dusting of snow and the sound of chuckling Grouse carried on a cold easterly wind it was certainly living up to its sub arctic label. Looking out over the highest most remote land in the Pennines it really did feel as if the glacial forces that shaped this valley had only retreated a short time ago. Geologically speaking of course it really is only a very short time since this valley echoed to the sound of a glacier grinding its way down the valley.

The ice though is only a part of the story here and we can go back even further to the time when the landscape was still being formed. It would appear that around 295 million years ago magma flowed from several volcanic vents right across northern England producing what we now refer to as the Great Whin Sill (Dolerite). These rocks can clearly be seen at Cauldron Snout, High Force, High Cup Nick and Falcon Clints. They are however just a small portion of a massive series of magma flows that stretch northwards, appearing again as the outcrops on which Hadrians Wall was built and then eastwards all the way to the coast. The Farne Islands and Holy Island being two of the larger islands that are made up of this rock.

Locally in Teesdale the magma forced its way through to the overlying sedimentary rocks of Carboniferous Limestone and as it did so it superheated the limestone causing it to crystallise. This crystallised limestone is known as Saccharoidal Marble if you are a geologist, but botanists simply refer to it as "Sugar Limestone" as it is soft and granular just like sugar - pretty obvious really. It is the presence of the sugar limestone that allows lime-loving plants such as the Spring Gentian to survive here.

In another month or so the Lapwing, Golden Plover and Curlew will return and these valleys will echo to the haunting sound of their calls, I will know then that spring is on its way and the ice flowers will soon appear - it is my favourite time of year. 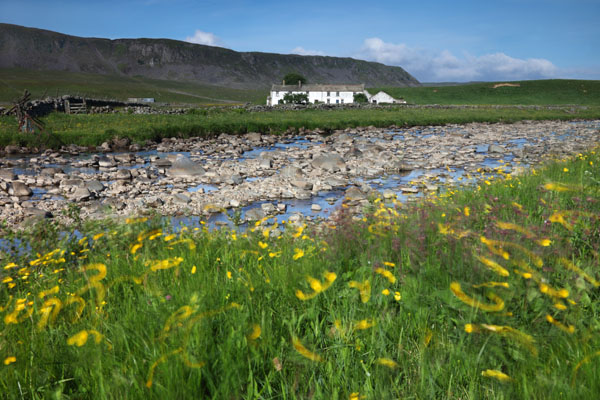 · Teesdale is part of the Pennines designated as an "Area of Outstanding Natural Beauty" (AONB), which covers a landmass of around 2,000 square km. AONB