As I wandered over the moors with the warm sun in my face accompanied by the forlorn calls of Golden Plover it certainly felt as if spring was just around the corner. My main goal today was to see if I could get a few more images of the adders I have been photographing over the last few years. Unfortunately I was spotted before I got close enough and only managed a few record shots before the only one basking silently disappeared back underground. Still a sighting is better than nothing. 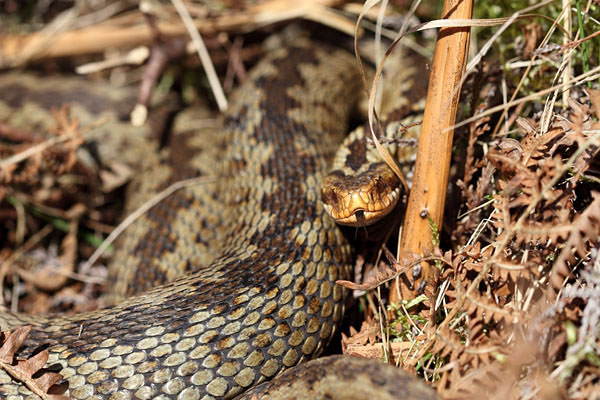 
Moving on I heard the chorus of croaking frogs well before I saw them. Again I was spotted and the closer I got the quieter they became until all I could hear were the plops of each one as they hopped into the water. There is one thing you need to have if you like photographing wildlife and that is patience. I knew they would resurface if I stayed still and ten minutes later a few smug looking individuals began to push up through the thick soup of weed and jelly-like frogspawn - the pupil black centres of which stared back at me like some watery eyed creature. 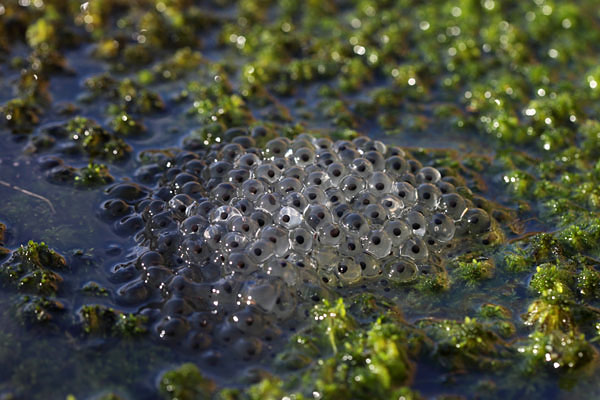 
Resisting the temptation to start shooting straight away I waited a little longer allowing them to get used to my presence as I inched slowly forward. Soon we were all eye-to-eye only inches away from each other. At this level with my nose almost touching the water I could see the world from a frogs eye view. Coated in a viscous layer and with coal back pupils set in aged gold leaf they stared unblinkingly back at me with an air of contented smugness. Such happy contentment is hardly surprising, especially when you look at the fun they were having as they wriggled and writhed together among their spawn. 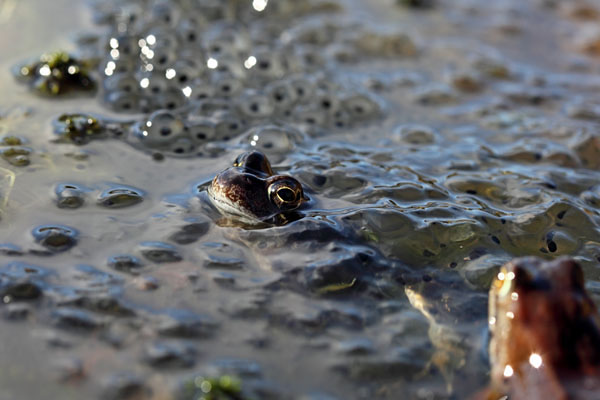 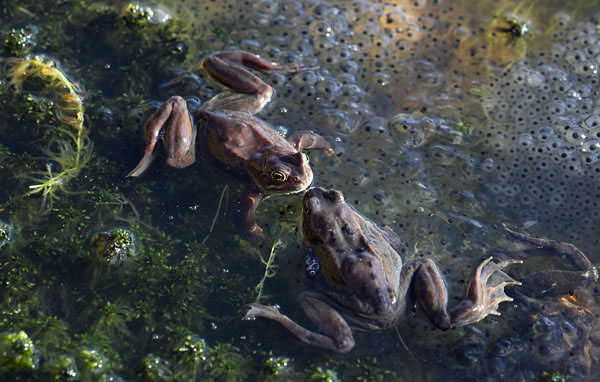 Despite disappearing when they saw me they soon reappeared - © David Forster 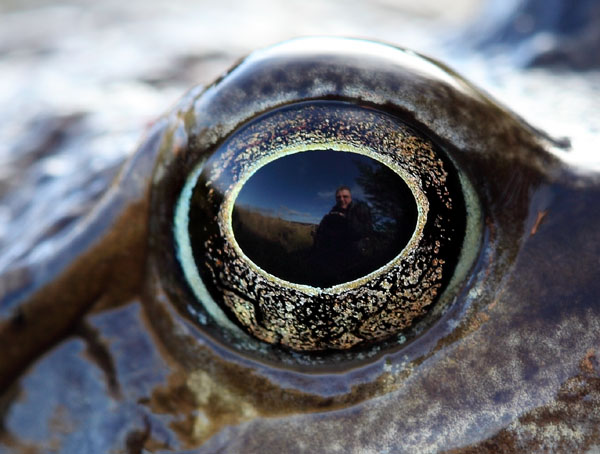 
Spring is definitely well on the way even on the high moors of Teesdale and judging by the activities of this little group there will be tadpoles aplenty in the coming months.


What is the difference between a Frog and a Toad?

Common Frog (Rana Temporaria)
· Green/brown in appearance with a smooth skin.
· Jumps rather than walks
· Mostly lives in an aquatic environment
· Lays eggs as a ball of Frogspawn 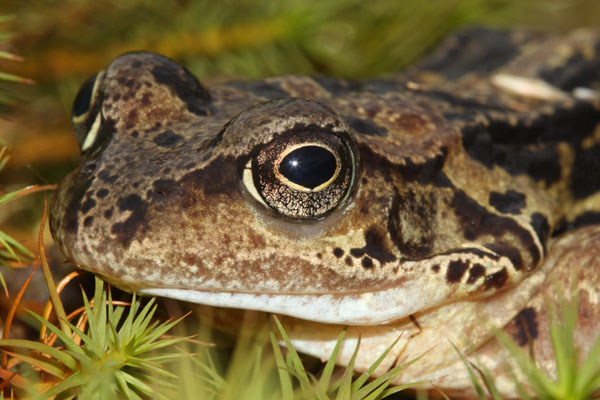 
Common Toad (Bufo bufo)
· Brown in appearance with a warty skin
· Walks rather than jumps
· Does not live in an aquatic environment.
· Lays its eggs in a string rather than a ball. 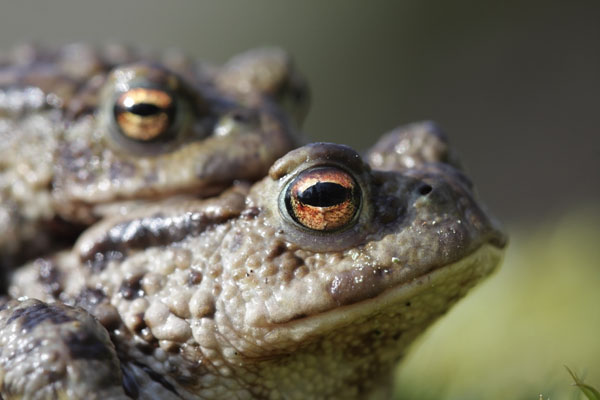