The Little Gentleman in Black Velvet

The poor summer weather in the northeast of England certainly seems to be affecting some animals and plants in a negative way. This year many Horse Chestnut trees as well as others such Rowan and Beech are failing to produce much in the way of fruit and animals such as the European Common Mole Talpa europaea are having large areas of their usual habitat flooded by rising water levels. With significant areas of farmland and woodland becoming waterlogged you are much more likely to see moles on the surface as they try to avoid the flooding. Surprisingly they are excellent swimmers and will if necessary swim in order to reach higher ground. This movement however can create conflict with other moles if they enter an established territory. In such circumstances they will fight each other and may even fight to the death. Despite these natural hardships the greatest threat still comes from humans in the shape of farmers and gardeners who spend considerable time effort and it has to me said money trying to control their numbers. 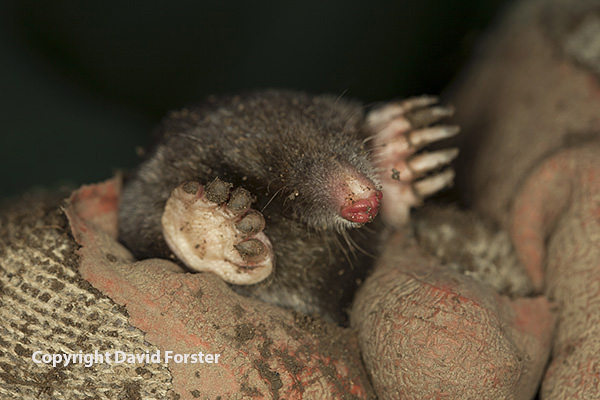 Until recently I didn't have any mole pics in my portfolio at all, but fortunately the other day I got an opportunity to photograph one that had just been captured on the surface in a wooded area maintained for wildlife. The mole incidentally was not destroyed and after grabbing half a dozen images continued on its way. 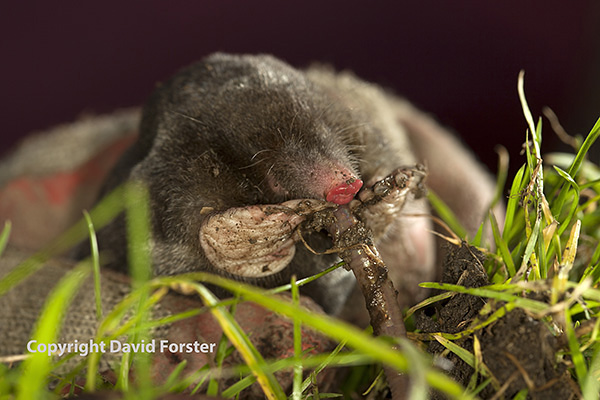 There are many stories and myths surrounding the mole but my favourite has to be the role they played in the demise of King William III in 1702.

It is said that Stuarts in exile toasted "the little gentleman in black velvet" after the horse of King William III stumbled on a molehill and he was thrown. He died shortly after in 1702 from complications caused by the injuries he sustained. I quite like the fact that a thug hell bent on power and using religion as an excuse to destroy lives, actually met his end as a result of such a tiny animal.

A Few Mole Facts
Colour black although there is some variation from brown through to silver. Lives in an underground tunnel system. Male 11-16cm with females slightly smaller. Weight between 65g and 130g. They have 44 teeth and will bite if handled roughly.

Food - Insectivorous and feeds mainly on worms and slugs as well as small insects such as beetles, centipedes, millipedes etc.

Habitat - Woodland, fields, gardens and high ground up to around 1000m in the UK. In the Alps they have been found up to 2000m. They are capable of digging up to 20 metres of tunnel in a single day.

Mating/breeding - takes place from February - June, although there are variations due to latitude and animals in the north will mate around a month later than in the south.

Predators - Humans are the main predators (there is some suggestion that their pest status is probably exaggerated). Natural predators are Fox, Weasel, birds of prey such as Kestrel, Buzzard and Owl and Heron.

There are also high mortality rates as a result of environmental factors such as drought, flooding and a lack of food which leads to starvation.