Bellingham Walk and Memories from 1988

Despite the rain and a dreary wet forecast we decided on a walk from the campsite at Boe Rigg to the village of Bellingham and then up to Hareshaw Linn, returning to Boe Rigg via footpaths to the north of the village. Don't expect many pics mind, it was too grey and miserable most of the time.

The first mile took us along the main road, before branching off and heading alongside the north Tyne to the centre of the village. The last time I was in Bellingham was 25 years ago and Pan Am flight 103 had just been blown up over Lockerbie. Ten days of searching Kielder Forest and the hills west towards Lockerbie for wreckage was tempered by the friendly welcome and hospitality we received from the locals. 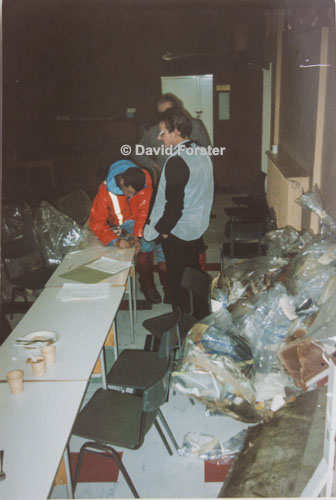 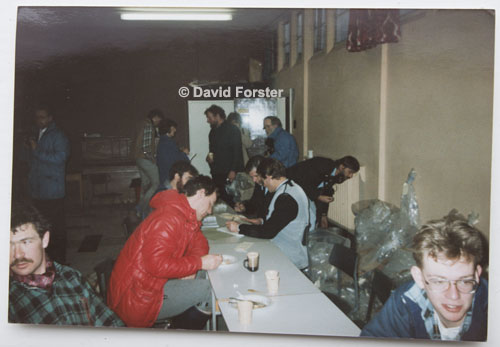 Just like before people were friendly and everyone we met today either nodded, or spoke. On the Sunday when Graham's campervan alarm kept sounding in the middle of the village, there was even some good natured if rather merciless pi$$ taking from a few old blokes that I can only describe as Northumberland's version of "Last of the Summer Wine".

"Oy look everyone that lot is trying to nick yon van, arrest them". And "What's tha playin at we're a sleepy village, am gannin home I canna hear mesell think". All shouted at the tops of voices from one side of the street to the other. When we apologised and said at least it's after eleven, one old fella said, "aye but thall wake all the teenagers".

After a very civilised cafe stop we headed along to the start of Hareshaw Dene and noticed that there has been some emergency repairs to the bank sides of the burn to try and protect the houses. This area was hit by the thunderstorms of June 2012 which also caused some serious flooding throughout the Pennines. 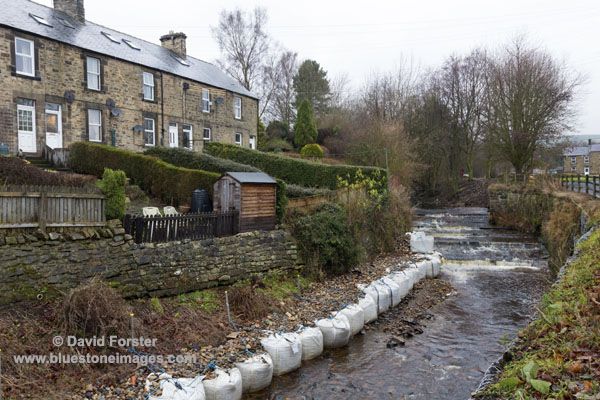 I have since found out, that residents blame repairs carried out to the opposite side of the burn and the removal of material from their side for their gardens subsiding. It's really is sad to see the homes of these folk under threat.

Children told to keep out of gardens as landslip fears grow

The 2012 storm was not as bad as the 14th May 1911 thunderstorm that hit the village. This storm was very localised and only affected the watershed above Bellingham. The flooding badly damaged a number of houses and businesses in the village and caused some buildings to partially collapse. In those days few people if any had anything resembling insurance and it is said that both village grocery businesses were ruined, along with the local Blacksmith who lost all of his tools. Fortunately it happened during the day, rather than at night and no lives were lost.

Accompanied by rain and the slop of boots in mud we headed up towards Hareshaw Linn. Even in winter with trees bare of leaves this ancient woodland has the atmosphere of a dripping rain forest and it must be a wonderful place to visit in the spring, or indeed autumn when the leaves turn. 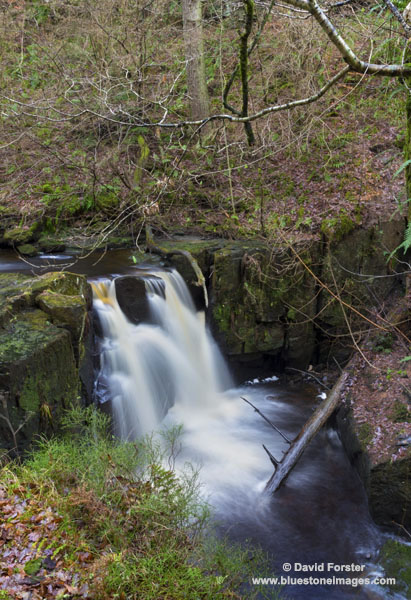 There are several waterfalls along the way. This one is just downstream from the main fall

Eventually we made it to the main fall at the top of the gorge. 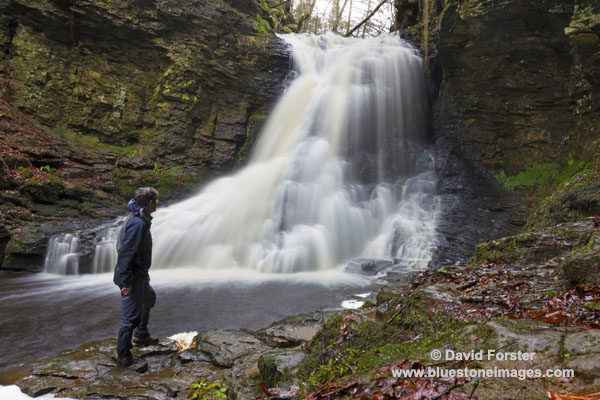 After a break for pics and food we made our way across the fields and moorland to the north of the village to arrive back at the campsite just as it got dark.