While the weather was overcast it felt like spring had arrived as we left the campsite at Gillside Farm and sweated our way up towards Red Tarn. The illusion didn't last long and once we reached the col before the tarn we were met by a keen wind and soon changed back into winter clothing.

Across the tarn the north face of Helvellyn with its large cornices looked positively Alpine and it did not take long for us to decide on a quick break to take in the scene. 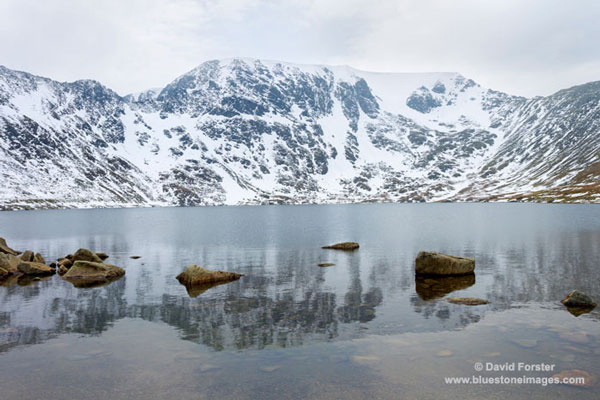 
Our plan was to head up onto Swirral Edge and then enjoy an easy scramble onto Helvellyn. On the way up we met several people coming down who had abandoned their attempt on the summit because they did not have ice axes or crampons. Some even seemed surprised to find winter conditions up here! If you are heading anywhere in the Lake District it is worth checking out the Lake District Weatherline which provides a daily report on the conditions found on Helvellyn during the winter.

We soon made it onto the ridge seeking out the best scrambling to give some added interest. This was great fun and we followed the crest to get some shots which despite the hazy mist still gave a sense of exposure. 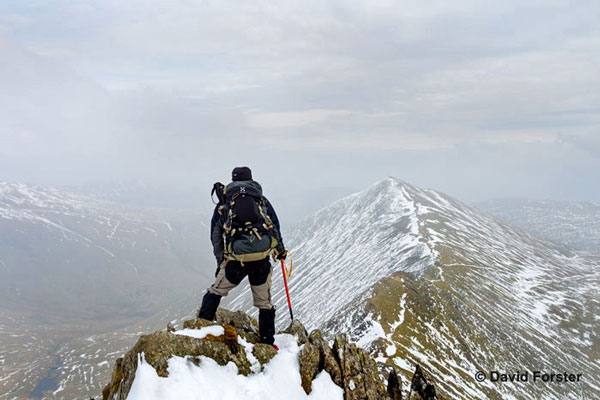 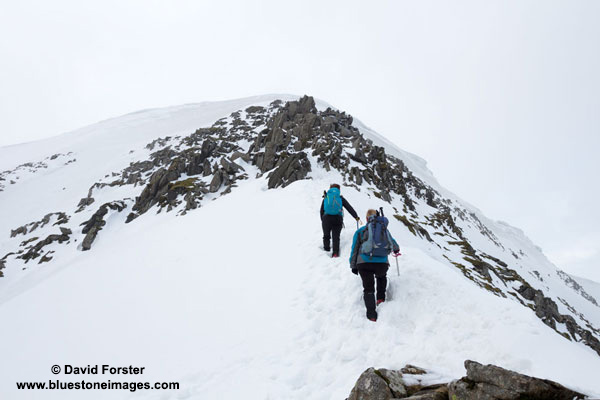 Moira and Sandra on the upper section 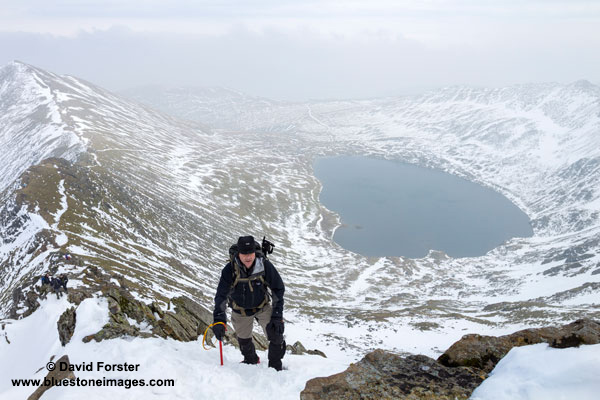 Some nice exposure with Red Tarn below 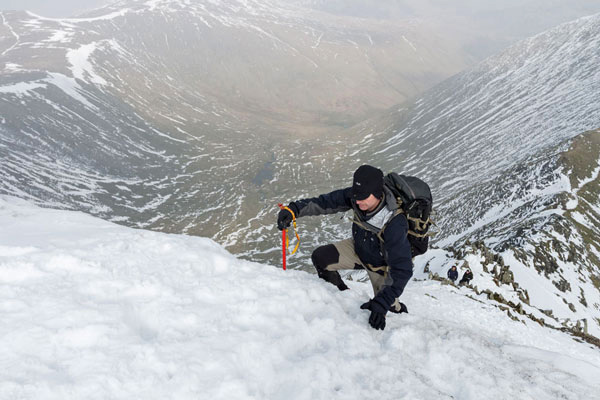 
We had a quick wander over to the summit, but after two busload sized groups turned up we plodded back to the Swrirral Edge exit cairn to have our lunch and watch a few lemmings without crampons, or ice axes gamble on a slide down to Red Tarn and afternoon spent with the local rescue team. 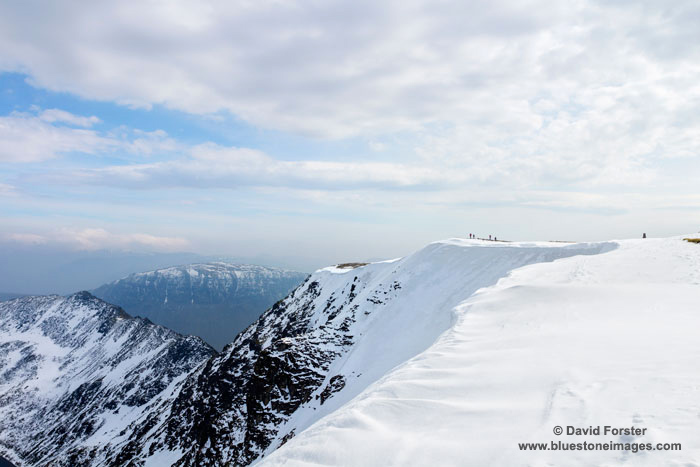 
We then headed onto Whiteside and then down into Keppel Cove, before making our way back to the campsite via the high level path above Glenridding beck. 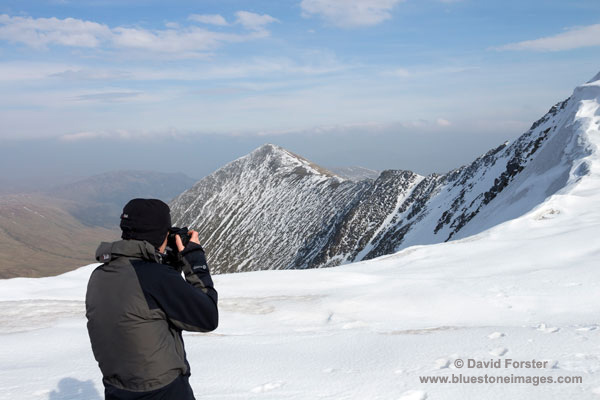